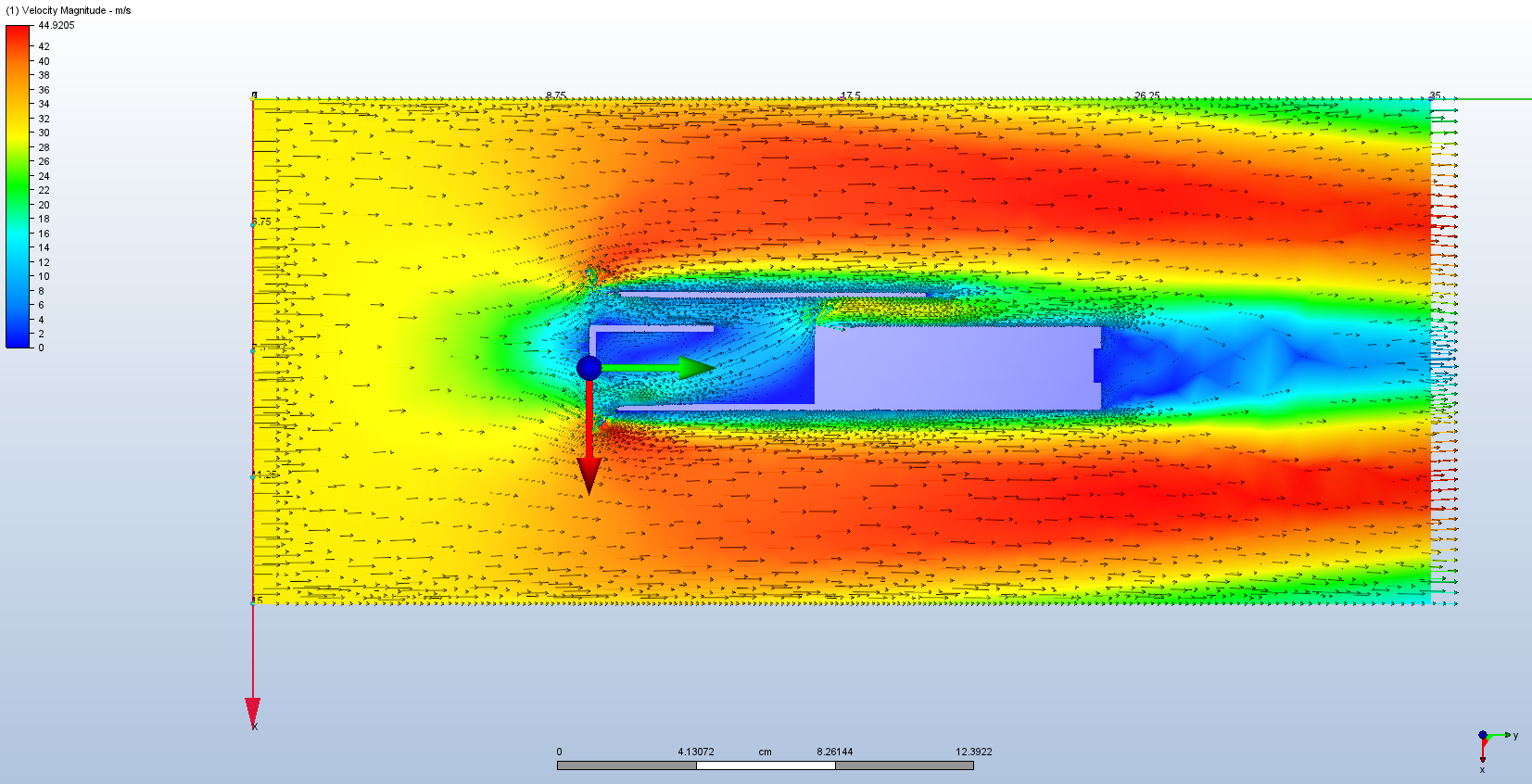 We have discovered a bias in the temperatures measured at high velocity flights using our 3D printed instrument box. We attributed the bias to adiabatic heating caused by compressed air inside the instrument box. Running a computational fluid dynamics (CFD) simulation confirmed our suspicion of increased pressure. We were able to quantify and correct the bias using a theoretical formula that nicely fits the simulated data. 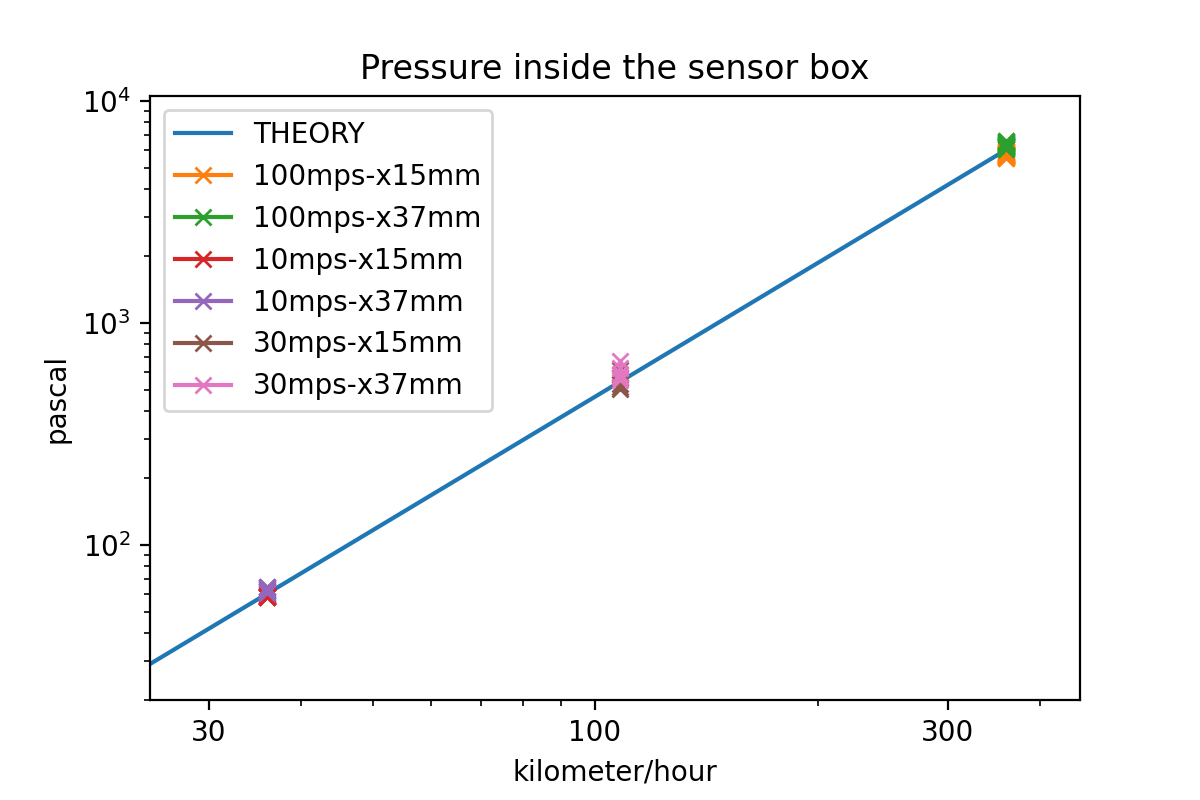 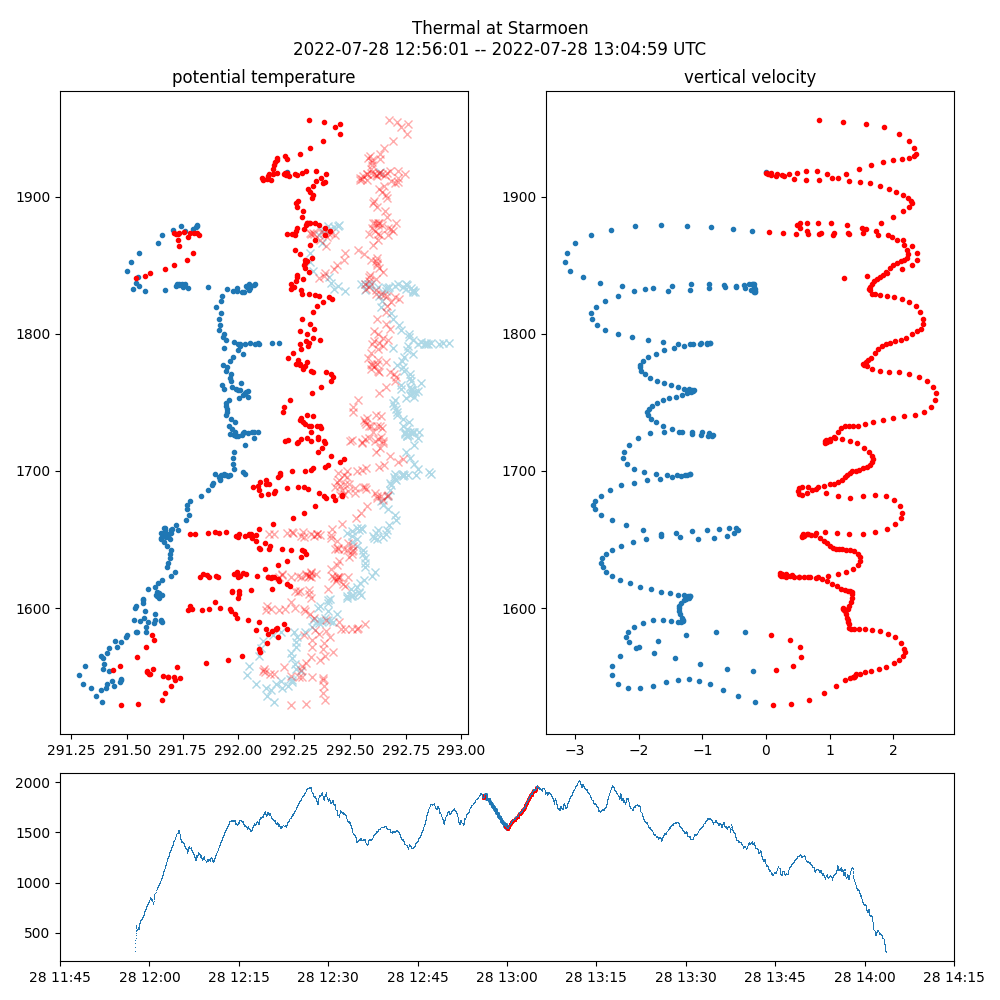 We have discovered a bias in the temperatures measured at high velocity flights such as in the motorized sky-diving plane (~300 km/h). We attributed the bias to adiabatic heating caused by the air compressing inside the instrument box and proposed a correction formula to account for this effect. It turns out that this correction needs to be applied also to data from not-so-high-speed flights, such as from sailplanes (~100 km/h). Here is an example of an anomalous thermal, which was measured to be colder than the surrounding air (the faded ‘x’ tick marks, blue is background, red is thermal). After the correction, the data show a reasonable temperature profile for both inside and outside of the thermal (red and blue, respectively).

We have discovered that this surge in temperature corresponds to increased air speed of the plane and came up with the idea that the air inside the box is getting compressed. The faster the plane goes, the more compression occurs and the higher the temperature bias gets.
Using the formula for the increased pressure due to drag, and assuming adiabatic heating, allows us to estimate the temperature bias. After subtracting this contribution, the whole profile gets colder, the extremely warm part is negated and the pressure shows the expected behaviour of warmer ascent and colder descent. We now need to estimate the relaxation time of the instrument to correct the lag as well. We will also try to confirm the adiabatic heating inside the box using a computational fluid dynamics simulation (CFD).

The CHESS Summer School is now over. We had an amazing time packed with incredible lectures, collecting valuable data, and learning about convection from a seat of a glider plane. On the morning of the last day every student held a short presentation to show our analysis of the collected measurements. A pdf document with all the presentations can be found here: link

During the summer school we were very interested in the comparison between observations and weather prediction systems. Below you can see the flight data collected by the glider LN-GMI on the 30th of July, compared to the HARMONIE-AROME model used by the Norwegian MET office. 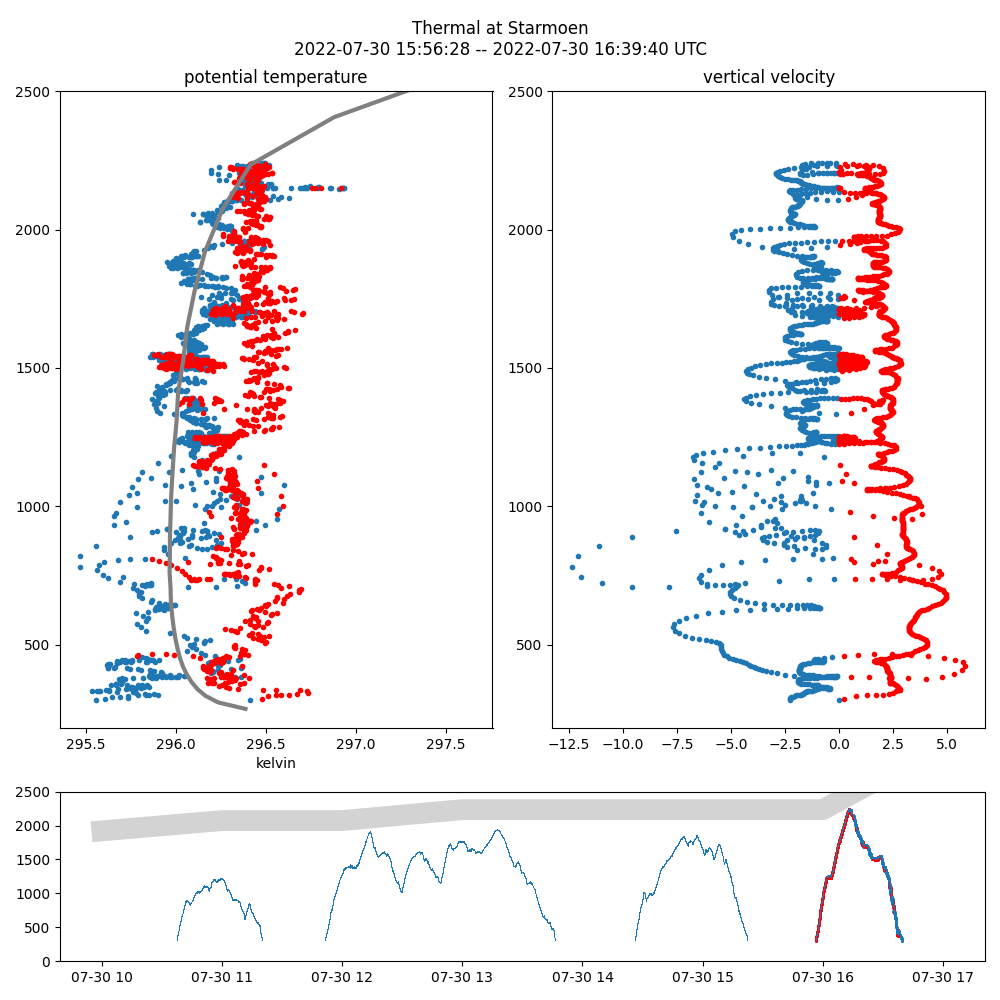